Brainum is now part of the Implico brand family!

The renowned iquid bulk terminal management software provider Brainum, which has already been part of the Implico Group for the past 2.5 years, has now fully joined the global brand family of its parent company. Effective immediately, the long-running innovator in the tank storage sector operates under the name of Implico B.V.

With the acquisition in December 2019, the Implico Group further expanded its leading position in the tank storage market by bringing together the innovation programs of both companies, especially in the future-looking areas of cloud and digitalization. Also, having people “on the ground” in the Netherlands helped the Implico Group to gain a stronger foothold in one of Europe’s busiest tank storage, fuels and energy hubs, where various players are headquartered, many top-tier conferences are held, and abundances of product are traded.

Whereas Brainum remained active under its own name in the beginning, it now rebranded as Implico, thus fully immersing in the brand family of its new parent company.

"As Implico B.V., we are ideally set up to proceed on our innovation course. We are proud of the great appreciation for our team as well as our work; and we are happy to be part of the international Implico family now."
Martin Keulemans
Managing Director of Implico B.V. (formerly Brainum)

An across-the-board architecture of micro-services out of the cloud.

An across-the-board architecture of micro-services out of the cloud.

Our feature-rich terminal management system supporting all means of transport.

Our feature-rich terminal management system supporting all means of transport.

The team behind the capable QINO solution

Implico B.V., formerly Brainum, is the renowned developer of the capable QINO solution, which is being used by tank terminals around the globe to automate, streamline, and steer their sophisticated logistics and business processes – all from a single source.

About Brainum's IT solution QINO

QINO is a best of breed IT solution that helps you master the challenging world of the tank terminal business. QINO offers seamless integration of operations, maintenance, customs, commerce and logistics. Be well equipped in agile decision making through higher transparency and improved control, enabling you to optimize your business.

"The Utrecht team is a perfect complement to our organization," states the Implico Group's management. "With their vast experience and unique expertise, they are an elemental piece in Implico’s pursuit to further extend its position as thought leader of digital transformation in downstream. Based on our joint know-how in the fields of data communications, web services, cloud technologies, and tank terminal management, we are able to offer our customers and partners truly innovative, next-gen solutions and services."

Towards the next generation terminal management system

Looking forth, Implico B.V. will play a key role in the conception and realization of the Implico Group’s upcoming offerings to the energy sector and other industries.

GET IN TOUCH WITH IMPLICO B.V.

Your familiar Brainum contact persons are still available for you at Implico B.V.! Do you have questions about the name change? Are you interested in our solutions? Get in touch! 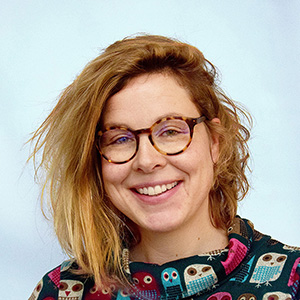