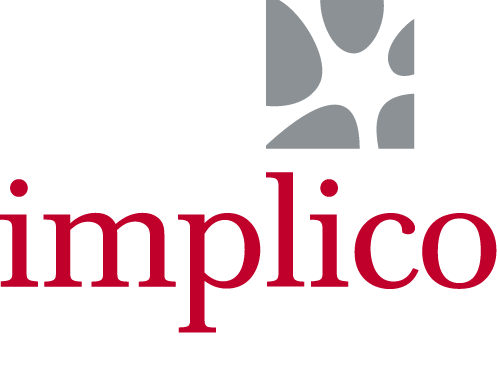 Yesterday, the new Release 6.1 of SAP Oil & Gas Secondary Distribution (SAP OGSD) entered the Ramp-Up Phase – the process for introducing SAP solutions to the market. In recent weeks, Implico's all-in-one solution tailored to companies in the downstream industry has successfully passed the various quality tests conducted by SAP AG. SAP OGSD 6.1 will now be made available to a select group of customers; a general release for the product is planned for the middle of next year.
END_OF_DOCUMENT_TOKEN_TO_BE_REPLACED
Topics: 2009

Since two days ago, the TanQuid tank farm in Munich has been using Version 4.3 of OpenTAS, the universal administration, dispatch and automation system developed by Implico for the oil and gas industry. TanQuid GmbH & Co. KG, based in Duisburg, asked Implico to migrate the different OpenTAS systems from its predecessor companies to a central system and harmonize them. In the future, all of TanQuid's German tank farms and its Polish farm will use Version 4.3 of OpenTAS. With its high turnover and round-the-clock operations, the tank farm in Munich is particularly challenging from an IT point of view.
END_OF_DOCUMENT_TOKEN_TO_BE_REPLACED
Topics: 2009

Community Discusses the Effects of EMCS on IFLEXX

The Excise Movement and Control System (EMCS) will be launched in Germany on April 1, 2010. From this point on, customs clearance for transporting mineral oil products across borders will be handled electronically. At an IFLEXX meeting held by the software and consulting company Implico in Hamburg last Tuesday, mineral oil companies and tank farm operators came together to discuss how the new procedures will affect IFLEXX. OpenTAS, an administration, dispatch and automation system developed by Implico for the oil and gas industry, is currently being certified for EMCS by German customs authorities.
END_OF_DOCUMENT_TOKEN_TO_BE_REPLACED
Topics: 2009 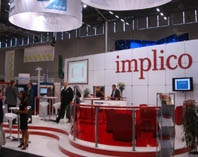 The trade fair week from October 27-30 in Cologne was a highly successful one for the Implico Group, with the IT consultancy business experiencing extraordinary demand for its software products and services. While many visitors were long-standing customers of Implico, several new contacts were established, some of whom with specific project enquiries.
END_OF_DOCUMENT_TOKEN_TO_BE_REPLACED
Topics: 2009

Technology Fast 50: Implico among the winners

Last week, the Deloitte management consultancy firm held the prize-giving ceremony for the winners of this year's Technology Fast 50 competition, chaired by media partner Capital. With growth at 225 percent, Implico GmbH ranked 47th among the fastest-growing technology businesses in Germany.
END_OF_DOCUMENT_TOKEN_TO_BE_REPLACED
Topics: 2009
Overview Next
SUBSCRIBE TO PRESS RELEASES
If you would like to receive news from Implico, please send an e-mail to press@implico.com
PRESS CONTACT